Mountain Bike rental business for sale in Morzine! for more info contact us.

We love the mountains and most importantly love riding them, mostly on bikes but snowsports too!

Arrived in Tignes in 2007 after spending many summer seasons coaching mountain biking in UK, Greece, Turkey and Antigua.

As a youngster he raced downhill and 4X on the UK downhill circuit, now spends the summer ripping around Tignes and posing for photo shoots.

In the inter season he will be exploring the single-track the local area has to offer.

Jo has been involved with Startline since 2014 and runs our Tignes bike shop & Tarentaise  Operation.

A keen mountain biker she has an extensive knowledge of our local trails and has competed in a number of Enduro events both in the Uk and France.

Probably the fastest guy on two wheels in Tignes.

In the winter Rab is a ski instructor for our friends at TDC ski school, he is better at mountain biking, so he prefers the mountain bike season!

Spent many seasons bike guiding in the Italian resort of Pila, since 2015 he spends the summer season guiding our customers around the local  trails and  always looking for that ‘Strava Line’ !!

Joined the startline team in 2017, she looks ater our social media & bookings.

New to biking in 2016 she is a fearless rider, and a great ambasodor of our female specific group lessons.

James joined us in 2017 and is one of in house Cytec mechanics.

James has worked in a lot of bike shops so knows his way round them like the back  of his hand!

As one of our sponcered riders he takes part in a lot of DH & Enduro races around the globe, he is very fast!!

Based in our Morzine bike hire shop, Dave has worked in the bike industry all his life  from E bike tours in Austria to flip flop DH races in New Zealand, workshop mechanics & shop management he knows a lot about bikes and how to make them go quick.

Joined the startline team in 2019, James is a Torque master mechanic in our Morzine shop.

After spending seasons in Greece as a bike guide he came to the Alps to see the real mountains!

He is getting back into modern mountain biking when not faffing around on his skateboard!

Based in our bike hire shop in Bourg St Maurice from 2019.

New to mountain biking but knows the Les Arcs Mountain like the back of his hand. 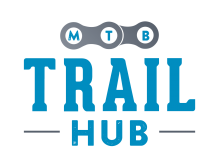 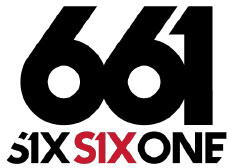 Please do not hesitate to get in contact with us We are happy to answer any questions you may have. You can also email us directly at

We are now closed for bike rentals for this year, watch this space for 2023..... Dismiss

Its the end of the season!

We are no longer taking bookings for bike rentals in 2022

watch this space for 2023 bike rental